How to beat the winter blues 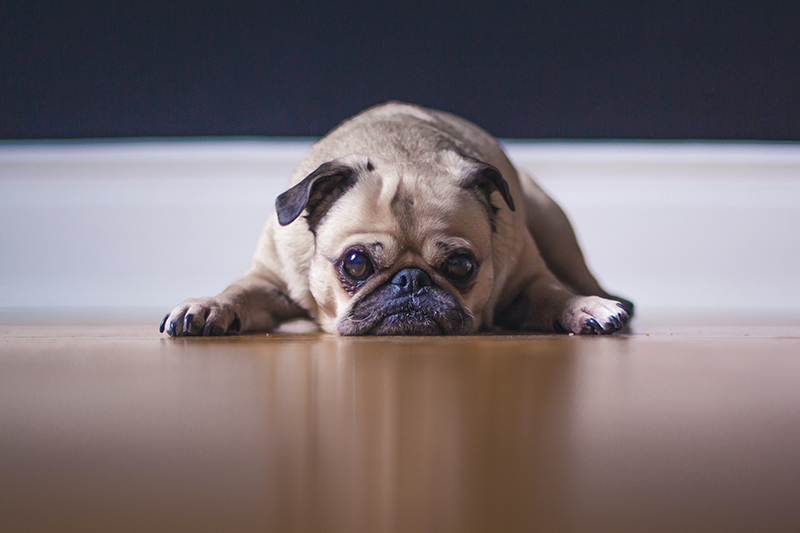 Even though winter has a lot going for it – woolly hats, hot chocolate, curling up with a book, thick socks, a log fire – something important is missing: light.

At this time of year, you go to work before sunrise and come home after sunset, with very little exposure to natural light in between. This lack of light over months on end causes serious problems for many people.

According to BUPA, the ‘winter blues’, or seasonal affective disorder (SAD), affects about 3% of the population. Occurring every autumn like clockwork, it comes with a variety of symptoms, including low mood, listlessness, an increased need for sleep and cravings for sweets and carbohydrates – and therefore weight gain. It affects women more often than men.

The exact cause of SAD is not yet properly understood, but it is thought that an imbalance of neurotransmitters is involved. These messenger substances in the brain are needed for mental and physical performance, mood and sleep – melatonin and serotonin, among others.

Known as the sleep hormone, this is made in the body from serotonin. The lack of the neurotransmitter serotonin due to low levels of light can affect your mood.

Known as the happy hormone, this is a brain chemical required to make you feel happy and content, motivated and active. Many common anti-depressants work by increasing serotonin levels in the brain.

While serotonin production requires light, the closely related neurotransmitter melatonin requires darkness. During the long nights of winter, more serotonin is converted into melatonin, further reducing the levels of our “happy” neurotransmitter. Melatonin is required for sleep, but too much of it may make you sleepy during the day, and in fact tiredness is a common symptom of SAD.

Low vitamin D levels also affect mood. This vitamin is the only one your body can produce. It is made in the skin under the influence of sunlight, so of course we make less of it during the winter. No wonder then, that many of us are feeling low at this time of year.

Research shows that D2 is less effective at raising levels of vitamin D in the blood. Also, do not be fooled into thinking foods fortified with vitamin D are the same or have similar benefits to animal foods. Fortified foods (like cereals, margarine and some yoghurts) contain D2, and usually even a synthetic one. It doesn’t cost much to get your vitamin D levels checked, and if yours is low, food is not going to cut it. You may have to take a nutritional supplement of vitamin D3.

Tips to improve your mood this winter

A good way to reduce the effects of SAD is by using a full-spectrum light source from a lightbox (such as the Vitamin L SAD light by Lumi).

Sufferers of SAD respond well to full-spectrum light and it has been reported that about 70% see considerable improvement. For this to be effective, you will need to spend 30 minutes each day in front of a full-spectrum lightbox.

One of the best ways to combat SAD is exercise, especially outdoors. Exercise has been found to be effective in combating depression in any case. When your body feels better, so does the mind.

Remember that 98% of the light enters your body through your eyes rather than the skin, and this is what triggers the synthesis of vitamin D.

Ideally, get out into nature and visit your local park or forest to give your body the chance to soak up some light.

There’s no need to run, you can just walk. It all counts. Try starting with a short walk during your lunch break or getting off one bus stop early. Try to incorporate small changes like these and you may soon find that you are able to do more each time, which is a great incentive to keep going.

Diet can help with SAD, though not as efficiently as light treatment and exercise. The amino acid tryptophan is a precursor for serotonin. It is one of the eight essential amino acids i.e. we have to ingest it, the body cannot make it, and it is found in a variety of foods:

Unfortunately, it is rather difficult for tryptophan to access the brain, but transport can be enhanced by combining tryptophan-rich foods with complex carbohydrates such as brown rice, brown pasta, wholegrain bread or oats.

If this blog has got you thinking more about your general health, weight loss, immunity or gut health I would be delighted to talk to you about how I can help.

Check out the link below for a free 20 minute consultation or send me an email at: info@suzannahjacksonnutrition.co.uk

I am a fully qualified Nutritional Therapist and can work with you to create a plan specific to your body’s needs and your personal health and fitness goals.

This website uses cookies to improve your experience while you navigate through the website. Out of these, the cookies that are categorized as necessary are stored on your browser as they are essential for the working of basic functionalities of the website. We also use third-party cookies that help us analyze and understand how you use this website. These cookies will be stored in your browser only with your consent. You also have the option to opt-out of these cookies. But opting out of some of these cookies may affect your browsing experience.
Necessary Always Enabled
Necessary cookies are absolutely essential for the website to function properly. This category only includes cookies that ensures basic functionalities and security features of the website. These cookies do not store any personal information.
Non-necessary
Any cookies that may not be particularly necessary for the website to function and is used specifically to collect user personal data via analytics, ads, other embedded contents are termed as non-necessary cookies. It is mandatory to procure user consent prior to running these cookies on your website.
SAVE & ACCEPT